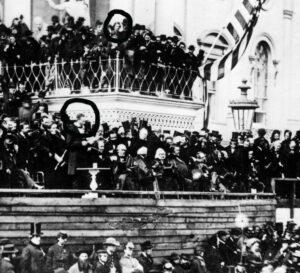 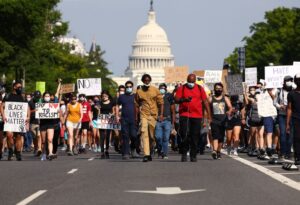 ” With malice toward none; with charity for all; with firmness in the right”

The first eight words of Lincoln’s address are certainly the most taught — from elementary through high school.  The  next five not so much.

And worse yet, in this short elegant address, there is a very stern biblical warning that precedes this that carries great weight today.

Cries for “unity” from those still clinging to a “stolen election” chant after the mob assault on the Capitol January 6 ring hollow.  Lincoln used the Psalmist to warn about the “judgments of the Lord” for those North and South who didn’t see the war had become one over ending slavery.

Yet, the first eight open the door to oh “so much interpretation” that started even before he was murdered a little more than a month later. Democrats in the North had never “bought in” on Emancipation as a “war emergency;” and even as that winter was ending were throwing in Lincoln’s face his “back to Africa” position months after his burial in Springfield.

They were dragging their heels, screaming and yelling  “property rights” over making total emancipation of slaves a constitutional amendment. Many had already invested themselves in an 1861 version of a Thirteenth  that specifically barred a constitutional amendment or congressional act that interfered with “the  domestic institutions thereof, including that of persons held to labor or service by the laws of said State.”

So in many minds in 1865, “malice toward none” meant the white guys who ran the Confederate government and the seceded states, like John Breckenridge — former U.S. vice president who pro forma moved the 1861 proposal for consideration, one of two Democratic candidates for U.S. president the year before, Confederate general for a time, and the last Confederate secretary of War, would appropriately resume their places on the bench, in the jury box, in the legislative assemblies at every level, executive mansions, serve in appointive office, et al.

And that was only the government side in that line of thinking. The professions — from law to medicine to education to the ministry would be open again to “like-minded men.”

Whoops, but if all those slaves counted as “a person,” not three-fifths, in reality “a citizen” but didn’t have the vote, that actually spelt more trouble for Republicans up and down the federal ticket and in state houses of the former Confederacy.

And, if the black males, got the vote, well, wouldn’t that spell the end of the Democratic Party? That corpse would rot faster than the Whig’s had.

RNC chair Ronna Romney McDaniel echoed that concern throughout the 2020 presidential campaign.  She was at peak performance during the Wisconsin primary explaining why Badger Staters needed to vote physically in precincts at the height of the pandemic and why there would only be a handful of polling precincts open in Milwaukee and Wisconsin.

Looking at the extremely  long sentence above the “malice toward none” to me as a reader most properly reflects Lincoln’s thinking about the course he was setting for a post-war Union.

“Yet, if God wills that [‘mighty scourge of war’] continue until all the wealth piled by the bondman’s two hundred and fifty years of unrequited toil shall be sunk, and until every drop of blood drawn with the lash shall be paid by another drawn with the sword, as was said three thousand years ago, so still it must be said, ‘The judgments of the Lord are true and righteous altogether.”’

“We want two more boxes beside the cartridge box: the ballot and the jury boxes.”