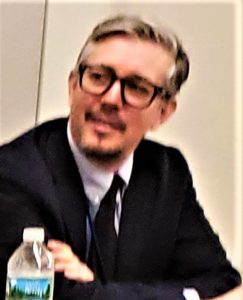 Putting it bluntly, when it came down to writing a biography and knowing that an archives with needed material was in private hands and not close by, Justin Spring said, “in each case I’ve had financial problems putting the book proposal together.”

Serving as the moderator of the “Funding Primary and Archival Research” panel at the 2019 Biographers International Organization’s conference in New York, he turned to seeking out small grants from libraries and to larger fellowships like the Leon Levy at the City University of New York.  “Piggybacking” also helped, such as using a business trip to also go to an archive for research “and also to give a talk to cover hotel expenses.”

Picking up on that idea of short-term grants, Norm Hirschy, a senior editor at Oxford University Press, said during the session in mid-May “we have these short-terms grants” and somewhat surprisingly “we don’t have enough people applying for them.”

He added, |don’t be shy about asking questions” about grants from presses. “But be really nice,” which drew laughs.

Hirschy stressed, “where there’s a will, there’s a way” in covering expenses to research and write, so seek out and take advantage of what’s available.

And even with small, short-term grants, “if you plan your research well, you can get a lot done.”

Now working on a biography of author and conservationist Louis Bromfield, Stephen Heyman, a residential fellow at the Levy Center, said, “the whole thing had me kind of blindly struggling to find” what the subject is and where and how to begin the research without a huge investment of time and money.

But when it came to writing a proposal for a biography on Bromfield, now largely forgotten, he said he wrestled with “maybe it’s a terrible idea” and set about “doing the least amount of archival research as possible.”

In Heyman’s case, this meant a trip to Ohio State University in Columbus where he discovered “a huge amount of stuff” in a collection of unpublished letters and realized how valuable this was.  He then “did a survey of what was there” in the university’s collection of materials on the Pulitzer Prize-winning novelist.

Having been a freelance journalist, Heyman knew this also meant finding ways to cover later expenses in researching and writing.

One way to cover those expenses, at least for a year, comes through the National Endowment for Humanities public scholar program.

Some “public scholar” awards from the National Endowment for Humanities can reach $60,000 for one year, Geoff Burrows, a senior NEH program officer, said.  He said the program itself is designed to help those writing books for a general, not scholarly, audience, and the money may be used for researching and/or writing in the humanities.

“Even if it’s research funding at the writing stage, we want a sample of what you’re going to do” to reach a public audience.  He added, “We [also] want to know what research you’ve done” in the application process.  This year, applications are available in November and deadline for filing is Feb. 5.

About the writing sample, he said in his presentation and again in answer to questions “we want to know you can write for the public.”

There is a biography panel to review applications in that area, Burrows said. He admitted that “it is often difficult to find reviewers” in biography, in part, because the positions turn over annually.  The pay is also minimal, $250.

“We also [can] put biography [proposals] on the subject matter panels,” so it has a chance for funding in a different way than the applicant might have believed.

In answer to a question, Burrows said, “we give the entire peer review comments” back to the applicant.  He added that the comments from the three reviews “are sometimes contradictory,” but that shouldn’t discourage biographers from applying.

“The key to winning is re-applying” and learning by doing.