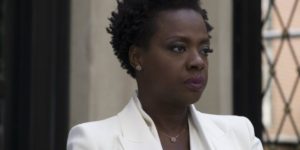 All Three Could Be Documentaries

By using the struggle for political power [and all the goodies that come with it, starting with the ward committeeman’s-often alderman’s  insurance/real estate/law businesses] between white and African-Americans in Chicago, Steve McQueen, in the NYT’s phrase, “hop-scotches around Chicago’s segregated neighborhoods” in “Widows.”

It is a great movie.

And yep, boys and girls, there is an 18th Ward in Chicago, on its southwest side — encompassing Marquette Park where Martin Luther King and 700 marchers for equal housing in the most segregated city in the United States escaped  with their lives from a mob of egg-, tomato-,  rock- and [glass, not plastic then] bottle-throwers.

Some of the “pitchers” were dressed in khaki, wearing swastika arm bands and had their heads covered with Third Reich helmets, less a bottle, cherry bomb, or firecracker hit them, 52 years ago.

The chants and screams — reduced to what may be suitable for  a family audience then and now — were: “Two, four, six, eight, we don’t want to integrate.” And to the tune of the Oscar Mayer hot dog jingle, “I wish I were an Alabama Trooper; that is what I really want to be” with rhymes that carried on to a finale of lynching.

There were also shouts from the crowd, overwhelmingly male and young — under 40 extremely well represented, to the white marchers accompanying Dr. King — about their ethnic or religious heritages on that hot late afternoon in August.

From what I remember, Robert Johnson’s “Sweet Home, Chicago” was nowhere to be heard on the streets of the 18th Ward. I had been trimming trees for the Park District in the neighborhood around the University of Chicago, one of the few integrated communities then and now in the city, about six miles to the east.

What happened in sprawling Marquette Park, and its acreage is large — roughly half a mile by half a mile — a chunk of the “urbs in horto” or “city in a garden,” the green space set asides in the city’s motto, was not confined to a violent collision at a single intersection, but a  “rolling thunder” of  menace.

To the credit of the Chicago Police, no one was killed; 30, including King who was hit on the back of the neck by a brick, were injured and 40 were arrested.  Twenty years later, same place, different actors — many of the same issues, marking the anniversary of the first riot, and this time with baseball-bat swinging whites, some from the Klan, and anti-apartheid marchers — some eager for a confrontation, “anti-fa” style and bystanders went wild in widely separated areas over the park. When the day was over, eight policemen injured; 17 civilians arrested.

Marquette Park was the “Charlottesville”  of its era. The trial for the Neo-Nazi driver who is charged with killing one woman and injuring more than 30 others 15 months ago begins this week in the Charlottesville-Albemarle Circuit Court.

Lorraine Hansberry certainly captured the tension of race relations in Chicago — housing, jobs in the Fifties and early Sixties.

Years before Marquette Park and the Democratic Convention, Hansberry’s “Raisin,” first on stage and then in film, laid out the tense story line of neighborhood racial change in Chicago.  When the Younger family puts a down payment on a house in all-white Clybourn Park, the homeowners association comes back with an offer to buy them out; and that was the polite part — Marquette Park or Bridgeport or any number of other all-white neighborhoods were where polite changed to threat and menace and, violence.

And a few years later, Haskell Wexler’s “Medium Cool” took the race, the politics — it centered on a TV news cameraman and the 1968 Democratic National Convention, and the mayhem that surrounds both into another dimension.

Cinema verite — at its rawest.

Wexler’s movie, now regarded by the Library of Congress as an American classic, was first branded with an X rating that sent film critics through the roof. Its “cinema verite” style was too violent, too mean for the raters.  In short, “Medium Cool,” the title a play on Marshall McLuhan’s description of television, Wexler, a documentary film maker, mixed footage from the training Illinois guardsmen  received prepping for the expected anti-war demonstrations in the summer of 1968, with story-line footage and his own then on-the-Grant Park rage scenes as they exploded in August that could have been broadcast live on the three networks at the time.

You could almost smell the tear gas in the theater and certainly flinch at the clubbing, shoving into walls, punching and kicking often when someone  was on the sidewalk, street, dirt or grass of Grant Park.

I certainly could smell the tear gas and see the residue of the confrontations — trash blowing all over, police barricades broken, etc. on East Monroe Street down past State toward the Lake before 8 in the morning on the Friday after the convention debacle ended.

I had just gotten off the bus from O’Hare Airport after an all-nighter from San Antonio with stops in Dallas, Kansas City and St. Louis at the Palmer House.

I was coming back to the city from Air Force basic training.

And if the clamor of chaos wasn’t enough on the screen, Mike Bloomfield’s score roared through  genres of music — shouts in a riot, warning about knowing “your place,” gospel, country, blues, jazz, traffic [cars and jeeps] rolling over city streets, as his cousin did with cinematic story-telling.

A short while after the film debuted and in another reality, presidential commission on “civil disorders” that erupted seemingly here, there, everywhere, any time, termed what happened in the “Pharaoh’s Land,” Chicago under Richard J. [not M., a son] Daley, that week a “police riot.”

But going back to the actual 18th Ward — of which Marquette Park is only one of its neighborhoods, encompassing about 53,000 Chicagoans, the alderman in 2018 is African-American.

As to whether, there’s been significant change in housing patterns in the city, the numbers don’t show it.

There’s some facts for the next generation of Hansberrys, Wexlers and McQueens to digest when they are filming Mies’ glass and steel along Lake Shore and the Gold Coast, or the four-story wooden backstairs of “kitchenettes” in Englewood or Lawndale — often seen from an El car.

And did I forget to mention the murders. Oh, there’s a start with that — and more — on Showtime’s “The Chi.”

But what a ride, all three give us in understanding the “ubi est mea” genomes running through Chicago’s DNA.  That Latin expression came from the late columnist Mike Royko’s contest to change the city’s motto to reflect its reality.

Simply translated from Latin, “where’s mine?”