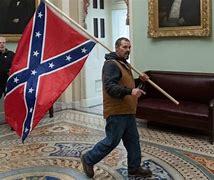 I start with “coup,” not “terror.” describing the armed assault on the Capitol Jan. 6, 2021 to block the certification of votes for president/vice president.
At the time I posted the keys to evaluating this attack would come down to who was arrested, number of plea bargains, and actual sentences.
Well, here’s a scorecard on the “small fry” hauled before federal judges in Washington. No, “large fry” among the “catch” in the Washington Post’s tally.
[https://www.washingtonpost.com/dc-md-va/2022/01/06/jan6-sentencings-judges/?utm_campaign=eng-attack-2022&utm_medium=acq-nat&utm]
Secondly, I said watch all the corporations who said they were “shocked” at the failed coup [or act of terror] and cut off political donations to the party of Donald Trump.
Of course, with no elections immediately in front of biz folks, I posted that was an easy move and wouldn’t last. To say, they kept their word would be nonsense. Most found a way to begin funneling money to Republican Senate and House campaign committees.
[As an aside: Wonder how many will be shoveling cash to Representative Mo Brooks, a leader of the block the certification move in the House, in his run for nomination to be Alabama’s next Republican senator, and proud of his rally speech before the attack on his place of business.]
After all, there is an election in November 2022, so corporations — as people by definition — let the money flow.
I stick by “coup” and it isn’t over. “Dress rehearsal” is an acceptable alternative.
BrookscorporationscoupJanuary 6sentencesterrorTrump