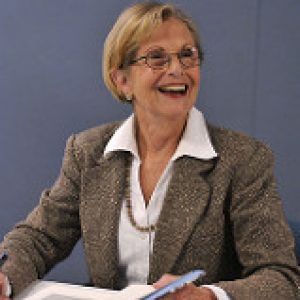 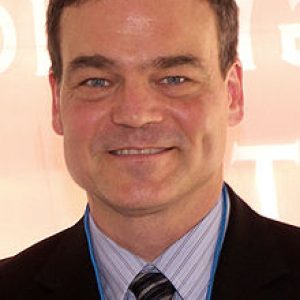 Charlotte Jacobs, the author of a biography on Jonas Salk, writes a letter to a fictional friend to focus her work.  T.J. Stiles, whose latest biography is on George Armstrong Custer, loved adventure stories as a boy and wants to keep the reader asking: what happens next.

Annette Gordon-Reed: Biography “has an advantage of having a structure.”  “I do history as well.” Among her works are: The Hemingses of Monticello: An American Family and Thomas Jefferson and Sally Hemings: An American Controversy.

T.J. Stiles: Biography and narrative writing generally a writer can “come at it from different angles.  If you’re not on your audience, you’re faking it.”  In biography, a writer “can talk about big things.”

Gordon-Reed: For academic historians, “research is the thing.”

Stiles: A great change in approach is away from “Great men make history” to one almost of revulsion rather than glorification. “Our sensibilities are changed” by recognizing “who else is in the room” when writing about Thomas Jefferson or Cornelius Vanderbilt.

There is a danger in “research euphoria.”

Gordon-Reed: “How are you going to use all these things?  “I have had to make cuts” to reach an agreed to length or keep to topic. For items that have been cut, “I have a file” with the intention that “I’m going to use them” in another work.

Stiles: “You have to be willing to run into dead-ends” and this struggle “gives you a surer sense” of what you are doing to create “a believable work.”  You need the “ability to judge sources.”  In his book Custer’s Trials, “a theme I came upon was insecurity.”

Gordon-Reed: In her writing, “I’m pretty much along variation on a theme.”

Stiles: There are “books of passion” written by buffs of a period or person.  His early inspirations came from James McPherson’s Battle Cry of Freedom and Eric Foner’s Reconstruction. “I wanted to write about the Civil and the United States,” huge concepts  “fairly compressed in the 19th century” and “exploring different aspects” of that period.

He added that as a boy he loved reading adventure stores to discover “what happens next.”

Gordon-Reed: “Mine is the early Republic” from the Revolution to the presidency of Andrew Jackson and the “pivotal figure of that time [Thomas] Jefferson.”

In pursuing those interests, “you think here’s a story there … so long as you don’t go off the deep end.”

Stiles: he looks for the “defining moments” and ways to “tell [the audience] what they don’t know about something they know.”

Academic history is written to discuss “complex ideas to colleagues.”  In writing for general audiences, realize “other people” in the work “have their own agenda” and “then there’s what a stake” in an action, scene, or longer work.

Gordon-Reed: “It is critical to have context” for a more general audience.  A writer is really doing two separate things if approaching an academic audience of colleagues who have prior knowledge and a general audience.  “One is not better than the other.  The product is different.”  An academic writer also has institutional support, employed by a college, university, etc.  Other authors “have to write in a way that is accessible.”

Stiles: Was trained as an academic historian and remain “astounded at how generous people can be” in academia in being willing to read and critique works in progress.  The biographer’s “job is to draw out why it matters.”

Gordon-Reed: “People really want to be helpful.”  It is important and useful to “have people read it and give you feedback.”

Stiles: Writing about “not a nice person” is fine “as long as the character is interesting.” In writing about Custer and others, he searched for the internal story and “wants the reader to come out thinking” I can be that person because the research went well below the surface into character.

Gordon-Reed: “Reading fiction is important.”  She added, “Many people want to be a writer but don’t read.” Drawing a laugh from the audience she said reading can help you avoid saying or thinking “have you ever seen a sentence like that?”

Stiles: “Try to put what the book is about in the very first sentence.”

Gordon-Reed: “Every generation asks different questions about [subjects, such as Jefferson’s and Custer’s] motivations.” She said she thought she would receive more opposition than she did for writing about the long-time sexual relationship between Sally Hemings and Thomas Jefferson.  Many older historians had been protective of Jefferson, “just tell the truth.”  She added she has also been told “you can’t be protective of Sally Hemings … a person who is complicated.

Stiles: Hemings “was living in the world.”  Jefferson “is closely guarding himself” and “acts out of fear” that the story about his personal life with Hemings will get out.

Charlotte  DeCroes Jacobs: The author of Jonas Salk: A Life said, “Jot down questions about the person” before writing.  About Salk, she found both idealism and tenacity and the unexpected womanizing.  “Keep a list” of what you discover and keep “trying to see him or her through other’s eyes.”  later she added about the womanizing “this is part of the tapestry of one’s life.”

In writing about the “defining moment,” “what was it that the character wanted to achieve” and “who actually was that complex character?”

She takes long walks to “more clearly see who my character is.”

“I want to know about foibles, mistakes…growth and change.”
As a way of getting started, Jacobs suggested “write a letter to a fictional relative.”

Reading suggestions included: Nigel Hamilton, How to Do Biography and Paul Kendall, Art of Biography.

George Getschow: Writer-in-residence at Mayborn Literary Nonfiction Conference said he has “never written a full-length biography,” but the character he is working on “is deeply rooted in place,” south Texas  and the sprawling cattle ranch became “the child she never had.”

He said landscape “is not mere background.”  It “shapes and defines the character … in their memory, feeling and identity.”

The writer’s job is “to acclimate readers to this place…customs, mores.”

He asked, “how do you lay hold of” landscape.  “Get still as a beetle.”  What are you seeing, what did you hear, what do you smell, etc.?  Finally, “what does this place mean?”

In keeping a checklist to write, what is the history of the place, how do people make a living there, weather, the role of religion and ritual, their habits and superstitions and senses.

Amada Vaill:  The author of Somewhere: The Life of Jerome Robbins said she as a child she loved to read stories about real people.  “Fiction has a juice” that can generate excitement in a reader.  “Novelists get to make up characters; we don’t get to do that.’ But “that’s the fun” in writing in compelling biography and non-fiction.

“You have so many ways to gather material,” but “what is the story I am telling.  What detail is going to give me that portrait.”

Jacobs: She said she thinks of a stage and “like to start with a scene … that give hints of his life.”

Getschow: “My character is a regional character … what is the universal truth and dealing with that … in some way.”

Vaill: “You can read between the lines” from source material of people “who have been dead a long time ago.”

Jacobs: Because survivors of Salk were still living, a relative “wanted to see everything I wrote, everything I Xeroxed” from his papers, but “they never said anything about his affairs.”