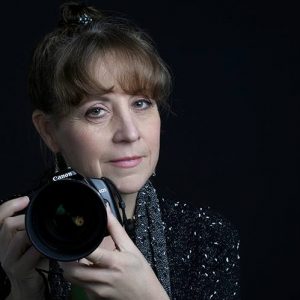 I want to share some thoughts on Vickie’s Side by Side and how it finally was published in 1999.  As she wrote in the acknowledgements to that wonderful work, “It’s creation didn’t take a straight and narrow path.”

Through two friends, Kate Patterson and Phil Budahn, I met Vickie at a reception sometime in 1996 or 1997. At the time I was communications director of the Association of the United States Army. Also at the time, there was not enough money available from the Women in Military Service for America Memorial Foundation to proceed.

The publisher wanted a guarantee of sales because it was an expensive book to print.

Vickie explained to me what the project was trying to do and how tight the finances were.

I made no promises of support, but asked her to send me a two- or three-page synopsis and I would talk it over with the new leaders of the association, Gen. Gordon R. Sullivan, former Army chief of staff and president, and Lt. Gen. Ted Stroup, former deputy chief of staff for personnel, my boss, and Lt. Gen. Tom Rhame, vice president for meetings and membership. I knew that they were interested in  growing AUSA, building a younger membership and recognizing the changes the Army was going through in the wake of the first Gulf War.  To succeed, the All-Volunteer Force needed to recruit women.

The synopsis had to have a dollar amount put to the project and a budget of some kind as to where the money would go and when.

In less than a week, Vickie dropped the synopsis off with a budget summary of some kind totaling $25,000 covering editorial and design costs.

The reception I received for backing the proposal was immediate.  “By all means” was the answer.  AUSA needs to show women are welcome here. They also wanted to make it part of a resurrected book program, so there would be the guaranteed sales as well. AUSA would also offer it as gifts to speakers, VIPs, etc.

But that step wouldn’t be taken until I and a few others at AUSA read the finished text.

Vickie delivered to us copies of the images she intended to use, but we all knew that they would change and her early stabs at text.

The goal was to have Side by Side in hand by the association’s Annual Meeting in October 1999.

Vickie was extremely dedicated to keeping me and through me, AUSA, informed where the project stood.  I would stop by her home in Arlington at least once a month to see sketches of the design and read text.  I also kept by boss informed about where everything stood in meeting the deadline.

Fast forward to the spring of 1999, text, images and design are at the publisher’s. I had read the text and seen the images, and I had shown my boss and the president the design for several of the chapters and offered them copies of the text.

Whatever happened in the editing process at the publisher’s was beyond belief.  The editor made wholesale changes in the text in numerous instances, creating huge errors in fact in almost every chapter.

Vickie was furious when she called me on a Friday morning after she received the proofs. She had called the publisher to complain and got a short-shrift hearing. She asked would I be willing to call the publisher and say — no way are we going to be associated with the book. I drove over to her house and compared the proof to the text that she had sent AUSA and I believe WIMSA.

I certainly don’t object to editing that improves the text [and I am not talking about fixing commas, etc.], but this was absurd.

When I got back in the office about 10:30, I immediately called the publisher, who took the call after I told the secretary how angry I was about what was being handed to us.  I told her if the text wasn’t restored to what AUSA had been sent we were pulling the plug on the project — no guaranteed sales, etc., and I expected the costs AUSA so far had incurred would be reimbursed.

She was flabbergasted, hemmed and hawed, and said it would be too costly to change the proof and even if it were changed the summer deadline could not be met.

I insisted that if the text was not changed and all the errors eliminated to our satisfaction the whole project was off, neither Vickie, AUSA and presumably WIMSA would want their names associated with this abominable disaster.

She asked again if I were serious.

I answered, “Try me.” The problems are all on your end, not Vickie’s and certainly not AUSA’s.

I remember that conversation as if it were yesterday.

The publisher said she would call me back before close of business that day and tell me her decision.

I reminded her it was Vickie’s and AUSA’s decision not to go ahead unless the changes were made and deadline met.

I called Vickie to say I had talked with the publisher told her about AUSA’s position and that it would not change.

I am presuming the publisher talked with her associates and probably her lawyer because when she called me around 3 she couldn’t have been more conciliatory.  Of course, we can change the proof; of course, the deadline still stands; of course, of course.

The point of this remembrance isn’t about AUSA or WIMSA, but Vickie’s insistence that the work she had labored so long and hard on wasn’t going to be trashed because a foolish editor thought he/or she knew more than anyone associated with the project.

I re-read the inscription in my copy after learning of her death thanking me for seeing the potential and continuing support.  I wanted to see it was Vickie’s vision that drove this book to successful publication.

Vickie was willing to pull the plug on it if it wasn’t done to her high standards.  I and AUSA was proud to help her in that effort.

I should add the book won a first place in that year’s Society of National Association Publications contest and I believe in the Washington Book Publishers Association contest.