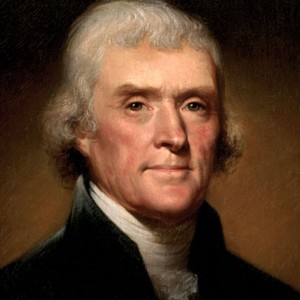 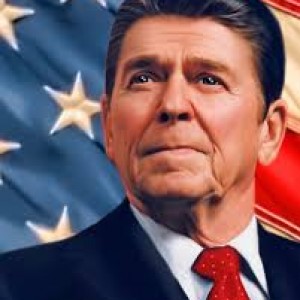 I came more than three years late to Jon Meacham’s Thomas Jefferson: The Art of Power; but having completed it over the down time between Christmas and New Year’s, I couldn’t help but be drawn back into 2016 presidential campaign — particularly the Republican scramble for the nomination.  Now slurs, denigrations, exaggerations, and outright lies are not new to American campaigns — for all manners of offices.

I laughed at some from the early Republic in Meacham’s book and remembered with a smile the more than 50-year-old Republican Eleventh Commandment, trashed [or possibly buried at the Ronald Reagan Presidential Library] in the current “red meat” campaign.

“For Republicans [Jefferson supporters], Adams was an aspiring monarch.  Americans, one Republican wrote, ‘will never permit the chief magistrate of the union become a King instead of a president.’  For Federalists, Jefferson was a dangerous infidel.  The Gazette of the United States told voters to choose ‘GOD — AND A RELIGIOUS PRESIDENT’ or impiously declare for ‘JEFFERSON — AND NO GOD.’

Despite that warning of losing divinity, Jefferson prevailed — but not without a constitutional crisis — over monarchy.

Even after the “infidel” took the oath of office, probably with his fingers crossed in the minds of Federalists, free speech remained part of the First Amendment and attached to the Constitution.

In that light, “Anonymous” wrote Jefferson early in his first term:

“I think you ought to get  a damn kicking, you red-headed son of a bitch.  You are a pretty fellow to be President of the United States of America you dirty scoundrel.”

In 1965, California Republican Party Chairman Gaylord Parkinson uttered the Eleventh Commandment, “Thou shalt speak no ill of any Republican.” Reagan had begun testing the waters to run for governor in 1967.  The onetime FDR Democrat was being tar-brushed as a member of Communist front organizations [that broad swipe against an opponent certainly played well for Richard Nixon more than a decade earlier in his race for Senate and remained nostalgic music to many Republican ears in the Golden State into the 1970s].

No dummy, Reagan wrapped himself in that “Commandment” first to the gubernatorial nomination and then the campaign where he vowed “to send the welfare bums back to work” and “clean up the  mess in Berkeley” [Mario Savio and the Free Speech Movement].  On the way to the White House in 1980, he tried following Parkinson’s admonishment even against a sitting “accidental” Republican president, Gerald Ford four years earlier.

Without such a commandment for Jefferson’s “Republicans,” James Callender, bitterly disappointed over Jefferson’s failure or his party’s to pay his $200 fine in a famous libel case under the hastily passed Sedition law or find a sinecure for such a loyal defender of the Sage of Monticello when their party came to power, wrote in the Richmond Recorder in 1802.

“By this wench Sally [Hemings, a slave], our president has several children.  there is not an individual of Charlottesville who does not believe the story, and not a few who know it.”

Whoops!  That cat is out of the bag.

As Meacham wrote about this “writing ill,” “So far as we know, no one else in Jefferson’s family or official circle ever raised the Sally Hemings question with him except to denounce any discussion of it in the public press as reprehensible.”

Three years later, Callender was found drowned in the shallows of the James River in Richmond “on a day when he had been observed wandering drunkenly through Richmond.”