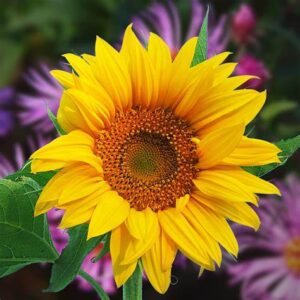 The “world” fell in on them when gas prices rose and airlines and cruise lines were slapping fuel surcharges on their  travel plans.

It was a mighty price “Sunflower” patriots had to bear after sanctions were laid on Russia for invading Ukraine less than two weeks ago.

The “Sunflower” patriots had bedecked themselves in blue and yellow, adopted Ukraine’s national flower as their own.

Where is Tom Paine when we need him? He’d identify the  “Crisis” – at the pump, probably not?

I really wonder how many “Sunflower” patriots were “veterans” of earlier rally-round-the-flag angry surges. Had they once bought a yellow ribbon for their car’s trunk in the early days of Afghanistan and Iraq “to support the troops” for the morale, welfare and recreation funds for some company, battalion, regiment, brigade, division notified “you’re next?”

Can’t beat commemorative license plates, either, to show you’re a patriots. The states were cashing in on stalled traffic.

[NO NEW TAXES’ how about two tax cuts instead?; The Chinese can buy five-year bonds, war on the credit card; and they did]

And when those wars dragged on, and those same units were sent again and again with few if any “Sunshine” patriots – harkening back to Paine — were in the ranks [or family in the ranks], well …

Yet again, “there’s a war going on” until we’re bored with it, and far away.

Ah, the price, we patriots have to pay.