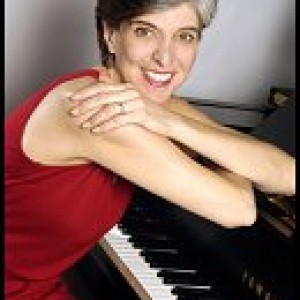 The idea was to get away for awhile after speaking in Fredericksburg. So I booked a resort near Williamsburg expecting it to be a little warmer than Washington.  After all, I had lived in Tidewater Virginia for almost nine years I knew weather.

Then, first hurdle. We had to lop a day off the expected stay because the 30-inches of snow postponed the Marcia Ball appearance at the Barns or eat the tickets that were already paid for. The concert was rescheduled for Valentine’s night.

Well, the temperature was warmer than Washington’s on north side Hampton Roads, but much below freezing; and wind chills colder. There was even a trace of snow. A dusting in Tidewater is like a full inch in Northern Virginia. Nothing and nobody moves after the stores [including Total Wine and ABC] are denuded. “Black ice,” you know.

By my own mistake, I ended up on I-64 and then I-95 about 10:30 a.m. Hate both of them – stop in the middle of nowhere after blasting along at 75 or so and then creep, creep, creep amid semis, minivans, SUVs, cross-overs, Ford 150s too polished to be doing any work – very few sedans.

Much prefer the Tidewater Trail aka Washington-Rochambeau Highway aka U.S. 17 – all four lanes but 12 miles or so.

As Marcia Ball sings it, “The Squeeze is On.” And so it was as VDOT was treating I-95 for Monday’s pending storm.  Gray haze low on the horizon for miles as three trucks backed up by two state police cars moved along a 27-mile stretch of interstate in 82 minutes.

U.S. 1 over this stretch as the way north was not an option.

OK, let’s brunch in a landmark local place in Fredericksburg – Mason-Dixon. Hmmh, a dozen or so people are standing outside in the upper teen early afternoon and I can see a bundle of padded coats, watchstanders’ and baseball caps just inside the door.

That’s also not an option.

Dixie Bones in Woodbridge. Pulled pork is on my mind.

Yep, U.S. 1 has become the road of choice through Stafford and Prince William since 95 is still creep, creeping along in the middle of a three-day holiday weekend – Happy birthday George, Abe and have a wonderful president’s day, too short in office to get to know you Tippecanoe, ran as a Know-Nothing to get back to Washington Millard, and love-letter writing Warren Gamaliel. [Name any of the others you choose with an attribute.]

The waiter said order the children’s dish – you get a choice of sides without charge, plus an apple. One pulled pork and one chicken – sides of fries and beans, plus two red delicious apples quickly on the table.

Thirty minutes later, we are rid of interstates for now. The Barns of Wolf Trap are most easily reached by the Beltway and Dulles Toll Road [call me, Mr. E-Z Pass].

Almost five hours after heading out from the banks of the James River – about 150 miles from our front door, I am pushing the garage door opener on the driver’s side visor.

Red dress on, right leg crossed over her left and moving with her piano-playing magic, Marcia was on it for two straight hours. No intermission. Put’em up; knock it out.

When she asked for requests from the audience, there was a steady outpouring of shouts for a “flood song.”

And no one, no one does “Louisiana 1927” any better, Randy Newman’s song about the great flood.

If you were down on the Gulf Coast any time after September 2005 and found some other place than Bourbon Street or heard her at the Swamp Romp, you’d get more than a tear in your eye when she climbs through, “Louisiana, Louisiana, they’re trying to wash us away.”

So here’s one version of “Louisiana 1927,” a benefit for Katrina victims and survivors.

AbeBarnsGeorgeI-64I-95Louisiana 1927Marica BallsnowTippecanoeU.S. 17Valentine's DayWolf Trap
Share This
RECENT POST
CONTACT
703-250-4869
john@johngradynowandthen.com
If your organization is interested in having John speak at your event, please call: 703-250-4869 or email john@johngradynowandthen.com
CONTACT JOHN
© Copyright 2018 | John Grady | All Rights Reserved | Site by d2dcreative.com
Back To Top
×