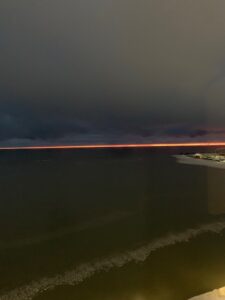 What sound and fury came from the lips of stern-looking local federal district attorneys and non-top tier FBI officials over tracking down and arresting the most bloodthirsty  in the mob that set about “the violent overthrow of the government” almost a month ago today!

“Law and order,” 45’s mantra to millions always rang hollow in my ears; and not having the “acting” attorney general or the director of the FBI state the obvious made me question how serious this assault on the republic was being taken.

Optics! was their answer. It hasn’t looked much better under 46.

The real questions of how serious federal investigators and prosecutors took this outrage will be answered a year from now when most if not all these local district attorneys will have been replaced in the change of administrations and the FBI conveniently puts on a back-burner right-wing fanaticism.

By that time, the “moral outrage” by Capitol Hill Republicans over the former president’s “incitement” of the riot that almost cost them their lives will have long been forgotten.  In fact, it already dissipated in the mists of pleas of “unity” and rants of “unconstitutional” the days before the second impeachment trial.

For the purposes of this discussion, we’re setting aside Senate trial of DJT on the impeachment charge and censure or expulsion of any member of the House or Senate who had a hand “in the events of the afternoon of Jan. 6, 2021.”

Kevin McCarthy in the House and Mitch McConnell in the Senate have already tipped their hand.

The “judgment of history” questions.

How many of these fanatics, sham patriots, racists, fascists, terrorists, anti-semites, will have been arrested on felony charges, tried, and punished?

The key phrase here should be, and don’t waive it aside is, actively planned or participated in the plot of “the violent overthrow of the United States government.”

I will leave the question of how judges in those jurisdictions would see the cases before them as too difficult to answer.

How many of these arrests led to charges being dismissed or “nol prossed?”

How many of these arrests went to trial by judge.  How many acquitted?  If convicted what were the sentences?

How many went to trial by jury?  Acquittals? Sentences?

I suspect the numbers of rampaging fanatics that day sent to federal prison that day will be very small.

A similar set of questions need to be posed to the Defense Department over active duty and reserve personnel who participated and at what level.  And of course, don’t leave out the states looking into their National Guard units doing the same.

What, if anything, did localities and states do about law enforcement officers putting a day’s end to “law and order” inside the Capitol or plotting before.

You should also use calendar date Jan. 20, 2022 to begin checking how many “breast-beating” corporations over the halting of the presidential certification have kept their cash drawers closed to the Republicans who voted against recognizing Biden’s victory.

Easy to do now, with only state elections in Virginia and New Jersey on the calendar in 2021.

Willing to bet the money starts flowing rightward again — even if it holds against individuals, not likely, through the RNC and the GOP House and Senate candidate funds.

And best of all, new political not-for-profits, blessed in the 2010 Supreme Court decision in Citizens United, can sprout up to take care of the “right” candidates.

With 20 Republican Senate seats at stake and a chance to take “back” the House, I don’tsee the “cash drawers” closed at the dawn of the next year.