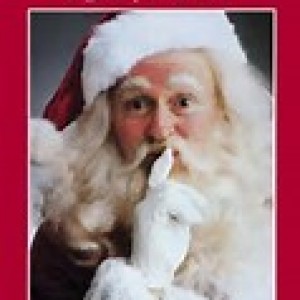 To tie up more early loose ends on a new biography, plenty more remain, we headed to two of my favorite places in Richmond — the Virginia Historical Society on Boulevard, just down the street from the Thomas Jackson Monument, and the Virginia State Library and Archives, that treasure in modern dress on East Broad, a few blocks from Thomas Jefferson’s Capitol, in mid-summer.

We could have stayed at the Marriott on the same side of the street as the library, but I opted for the Hilton Garden Inn, across Broad from the Marriott, for a number of reasons.

First and foremost came down to my car, a green 2001 Mustang, being ransacked during a stay there six or so years before. Not visible to the thieves [most likely “security guards” in my thought] but certainly stolen from the car, were a pair of prescription sunglasses — replacement cost $385, a heavenly host of great blues CDs — many replaced, others not; probably about $100 in change and other odds and ends, including CD wipes and tissues.  The glasses and CDs, as well as the plastic bag full of change, were in the deep console.

Although it was pricier than the Marriott [and I am a member of both loyalty programs] and since I was paying, I made the reservation with Hilton.

We had stayed at this Garden Inn a couple of years before when we came down to an event at the library involving the New York Times’ “Disunion” series and book. I also knew this renovated building [and undergoing more work when we arrived] was the legendary to Virginians of earlier times, including those living through the days of “Massive Resistance,” Miller & Rhoads.

The downtown department store where the “Real Santa” would reign for a month or so in late fall.

Over dinner that night, we talked with the African-American waitress, who was in her early 30s, about the property and its quirks –not all floors completed a rectangular shape that would be expected in a hotel.  Although she grew up in a county relatively near Richmond, her parents never took her to meet the “Real Santa.” Even though, by that time — the early 1980s, the department store, including its tea room, was serving all races.

Downtown Richmond, particularly Broad, was falling on hard times then, but seemingly recovering now.  Although at the time, I lived in Gloucester County, about 60 miles from the capital, I was making several trips a year to the Medical College of Virginia with my daughter, who was born in 1979, to have a skin condition she had and possible kidney stones examined by pediatric specialists.  The Medical College, now a colossus with an insatiable appetite for real estate, is a few blocks further down Broad with a parking garage on Clay, one street down.

In early December 1982, Nanse, my first wife, I and Katie, as she was known then, packed ourselves into the large 1975 Ford farm pickup usually used to haul trailered horses and their forage in the bed, and set off to see the “Real Santa.”  Since Nanse had a fine arts degree from UT Austin and had lived in South Texas — Corpus Christi, to be specific, the grill of the truck was done  up in King Ranch seasonal — a huge wreath with an even larger red bow.

Now why the truck? Simple.  I was driving a five-speed 1977 Celica GT with an excuse for a backseat. That GT was manufactured before Toyota did to Celica what Ford did to Thunderbird, tried to turn it into a “family car.”  Nanse’s was a Jaguar XKE, also with an excuse for a backseat. But more importantly, it was a “Garage Queen,” constantly in for repair at $200 to $400 a pop in early 80s money and a time of runaway inflation.  Ronald Reagan’s “It’s Morning in America” hadn’t reached false dawn.  The month before the Republicans had gained a seat in the Senate and the Democrats had picked up seats in the House. But at least the hostages held in Tehran were free.

In truth, we had little choice but to drive the festooned truck when we set out that cold, sunny Monday morning.

Our daughter was at that inquisitive age about St. Nick, without the rapacious greed that children can develop as they push into kindergarten and the early school grades for “gimme this, gimme that” Christmas gift lists that  consumed pages of wants and never needs.

The year before, we had taken her across the Coleman Bridge spanning the York River to Thalheimer’s in Coliseum Mall in Hampton to see Santa there. Picture was dutifully taken of the event.  I don’t remember her crying or being upset by sitting on the stranger’s lap, but frankly, she was too young to understand what her parents were subjecting her to.

A year later, Kate was prepped, egged on by wife for days before. Nanse was riding shotgun with the child seat between us [facing forward, but buckled in — bad parents that we were but following the custom at the time], telling her what Santa could do for her and all of us — if she had been good.  Radio reception on AM and FM, except WRVA out of Richmond, was miserable in this stretch of rural Tidewater and probably stayed so until we got on Interstate 64.

This left Nanse with the opportunity  to build up anticipation, and she took advantage of every minute of it, as I remember.

Where we parked when we finally got into downtown Richmond, I no longer remember; but I do know that we had brought along the cheap collapsible stroller figuring at some point Kate was going to resist walking any further or being totally bored and fidgety with us waiting in an expected long and slow-moving line.

When we reached the floor that Santa was on, the line surprisingly was not particularly long — after all it was late morning on a work day. I remember dark blue drapery or curtains with arrays of lights like stars that snaked around to the grand room. His helpers walked along the line talking to parents and children, asking where from, was there a list and any interest in the picture that was going to be taken. One of us said “Gloucester;” we had no written list, but Kate knew what she wanted [I have since forgotten, but it was already on a high shelf in a closet on the farm], and definitely a picture.

Frankly, what followed was a breeze. I held onto the cheap stroller, wouldn’t want to lose that, and Nanse and Kate went up to the Real Santa. Without hesitation, Kate scrambled up into his lap.  Even though, I was a few feet away, I only could hear parts of her going on about what she wanted and her strong assertion about how good she had been.

The picture was taken — beaming Santa, beatific Kate.  With daughter again in tow and not in the stroller, Nanse gave one of the helpers our address and paid for the photo.

For a second, we were speechless. Then we couldn’t stop laughing. Neither of us had the presence to say “next year.” Instead we succeeded in distracting her with something else — likely food.

The “Real Santa” had worked his magic.