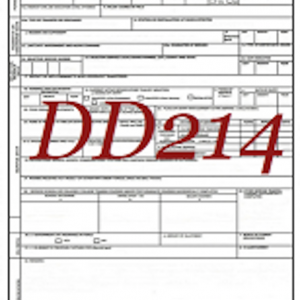 Secretary David Shulkin’s announcement that the VA was showing long-overdue compassion in treating  veterans with “bad paper discharges” in mental health emergencies has finally started. Think:  Suicide prevention as the key reason. But realize it’s but a baby step in helping those in crisis without fixing a practice inside the armed forces in need of serious overhaul –the “Less Than Honorable Solution” brought on by the administrative discharge system. [See link below for VA release.]

Forty-five years ago and fresh out of the Air Force with an honorable discharge and a Good  Conduct Medal, and holding a job I loved teaching at a branch campus of Penn State, I wrote a piece for the “Nation” with that as its headline.

The “good order and discipline” the admin discharge system was designed to support appeared arbitrary and capricious to me then and  still does now. Having written that, I don’t feel the same way about the military justice system now or even then. Robert Sherrill’s Vietnam-era book to the contrary. [See link below from a contemporary and skeptical review.]

Back to today, that recent VA announcement has received some notice in the news since it was made in March. I would be willing to wager it  was likely passed by, ignored or never seen or heard by the 99 percent of Americans who have no “skin in the game.” They have no stake in  our two long-running wars in terms of family or even from their pocketbooks or wallets in terms of surtaxes. [See link below to DoD explanation of how admin discharges work.]

The vast majority of the veterans with less-than-honorable separations from my time in the  military during the Vietnam War to today were kicked out through the administrative discharge system rather than a court-martial. In the 1960s and 1970s, these bad papers were usually tied to drug use/possession — often , marijuana or hashish in the “World” and harder stuff in Southeast Asia — didn’t know any pill poppers, needle users or acid droppers and stayed away from the free punch and apples offered in a basket at the Haight’s Carousel Ballroom then [I was assigned to a base less than two hours from San Francisco and it was 1968, after all];

attempted suicide — often in basic training [still the case],  one in my flight at Lackland AFB, Texas;

homosexuality — [As noted, I was stationed in northern California before the Castro Street Rainbow Revolution, nuff said];

“attitudes” or “malingering,” i.e. didn’t want to be there and openly showed it;

or were roped in under Project 100,000 and never should have been there in the first place for physical, mental and/or moral reasons.

Hamilton Gregory has written a very human portrait of the young men caught up in Project 100,000 — you could damn it as Great Society social engineering run amok with deadly consequences — in his “McNamara’s Folly, the Use of Low IQ Troops in the Vietnam War.”

[See link below to an interview with him in MHQ ,Military History Quarterly — Spring 2017.]

The Vietnam Veterans of America estimate that 900,000 former service members from that time carry bad paper discharges. That figure includes courts-martial.  Those discharges either by military courts or administration action bar them from almost all VA and government benefits.[See link below.]

While women volunteered for the military then, the men came in a variety of ways.  True volunteers out of patriotism or to learn a skill enlisted  usually for three years in the Army or four years in the Navy and Air Force. Or they came directly through the draft for two years in the Army and Marine Corps [yes, the Marines were using the draft although 95 percent of draftees ended up in the Army]. Or, in the memorable words of the Pentagon, they were “draft induced” to enlist in any of the armed services [Coast Guard is one] and count me among that number. Serving in the services’ reserves and National Guard counted [legitimately] as military service though their chances of being ordered to Southeast Asia were very low.

Remember, not every male between 18 and 25, technically to 35 but not considered needed for this war and, for political reasons not wanting to raise its profile, went into the military. Deferments were available for a host of reasons, and most were legitimate. As a result, conscription was anything but universal.

The eligible pool of males in the Selective Service System was more than triple the 9 million.

Ninety-seven percent of all who served then received honorable discharges. This number most likely includes those who served in the National Guard and military reserves. [See link below on Vietnam Research Project.]

On the other hand, veterans of today’s wars, who are all volunteers, are given a “thanks for your service” or so the surface story goes when they get out or when travelling in uniform.  Digital, cable, broadcast and print do offer  bytes and bits on the “signature wounds” of these wars, in the words of former Army Secretaries Togo West and Jack Marsh. The spotlight focused on the issues in the wake of the scandal at Walter Reed Army Medical Center of soldiers suffering from Post Traumatic Stress and Traumatic Brain Injury.

During this same time, Lt. Gen. James Terry Scott and his commission also did yeoman and groundbreaking work in this field and disability ratings in the military and VA, necessary to understand what was happening to these men and women as they were leaving or after they left active duty.

The Washington Post broke this story concentrating at first on what was happening at Walter Reed Army Medical Center in Washington. At the same moment, the Military Times papers opened a window  through thorough and long-lasting reporting on the impact of Afghanistan and Iraq or service members and their families, bad paper discharges and disability ratings — especially the differences among the services.

What was noticed then in reporting and hearings were the “bad paper” discharges being given to hundreds of servicemen and servicewomen who were showing behavior later associated with Post Traumatic Stress or Traumatic Bring Injury.

But these accounts were being swamped by stories and congressional concentration on the need for better and comprehensive care for those still in uniform and inside VA.  In that moment, those who couldn’t use VA because of those discharges were increasingly overlooked and the system that produced the bad papers..

What often gets lost is even now is how many of today’s service members with Post Traumatic Stress and Traumatic Brain Injury are still being booted out of the military administratively with bad papers. This comes  despite congressional requirements laid on the services seven years ago and again two years ago to double-check these discharges.

Rarely mentioned now are veterans who received these administrative discharges for homosexuality activity before the repeal of “Don’t Ask; Don’t Tell.”

Maybe that tide is turning.

One example of depth reporting on bad paper discharges, available thanks to a link posted by Sig Christenson, a founder of Military Reporters and Editors, comes from a colleague of his in San Antonio. [See link below.]

As detailed as that story is, the distinction between bad papers handed down by court-martial or administrative action [acknowledging some of these were requested to avoid trials and jail time] remains murky.

This May, the  Government Accountability Office found the same pattern in its most recent report on these discharges and Post Traumatic Stress, etc.  Implementing its five recommendations to the Pentagon and the services are a start at reviewing and  reforming this system.  Four of the five were accepted without comment. [See link below.]

Again from the Vietnam Veterans of America, about 300,000 bad paper discharges have been handed out during these wars. Among the reasons for the lower numbers than Vietnam — an all-volunteer force coming in and knowing they could be assigned to a combat zone, but more likely a drastically smaller military.

And yes, I understand serving in the military is not the same as holding down a job.  There are different laws covering that service, as well as regulations created by the Pentagon and the services; and that members are held to higher standards [remember under the Uniform Code of Military Justice adultery can be prosecuted].

Yet, even with numbers in the hundreds of thousands,  little light has been focused on the long-term impact of these discharges on this generation of veterans. This is particularly important to remember because in most cases  have been convicted of no crime and  may have done something that wouldn’t be considered a crime in other circumstances.

As Fred Wellman’s weekly Scout Report noted in early July, there are some organizations pushing hard on this issue.  High Ground Advocacy among them.

Going back to the VA change in immediately assisting those vets contemplating  suicide, there is no relief in the  system for those with bad papers who need extended mental health care or almost any other service. [As for branding them as high risk in the civilian employment market now vs. Vietnam-era with that kind of discharge, it is hard for me to say. I had to produce DD-214s, proof of service and conditions of discharge, to Penn State, the Daily Press in Newport News and the Military Times papers when I came to work for them.  At AUSA, I had to produce a Social Security card as proof of citizenship or I wouldn’t be paid. Since no one has been drafted in four decades, and only men are by law still ordered to register with Selective Service it is a question that may never be asked.]

For those holding bad papers, there is a way out of the labyrinth, but the appeals process on less than honorable discharges is convoluted and lengthy, plus very costly.

Jack Rowan, national president of the Vietnam Veterans of America, wrote a to-that-very-point op-ed in the New York Times at the end of last year. He cited the stands Presidents Gerald Ford and Jimmy Carter took using mass pardons to dress the festering wounds of that war over failing to register for the draft, fleeing to Canada to escape it or orders for Vietnam, certain types of bad paper discharges, etc. [See link below.]

The presidents were not hailed as heroes.  Carter was vilified. I certainly don’t see President Donald Trump using his clemency powers in this arena.

Without champions willing to do the long haul tedious work in the Armed Services Committees, Sen. Richard Blumenthal of Connecticut has been one, and Veterans Affairs Committees to unearth something other than the “Less Than Honorable Solution” still in place, another writer half a century from now will be reflecting on men and women caught in the same system. They may have been “not themselves” laboring under Post Traumatic Stress or from repeated blows to the head or any number of other reasons.  They could have done “something stupid,”  drinking too much, doing drugs. And as noted earlier, homosexual acts discovered or admitted before the repeal of “Don’t Ask; Don’t Tell.” Or who knows?  [See link below for Blumenthal most recent statement on bad paper discharges.]

Humans are capable of finding infinite ways of screwing up.

But not all screw-ups should be punished for life. The review and reform of the administrative discharge system is long overdue.