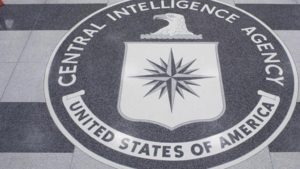 Fifty years ago, I heard the term “Tet War Baby” for the first time.  It was at the military in-processing center in Indianapolis; and it was said by a medic or a technician during our second physical — of the day — before being bused to the airport, then known as Weir-Cook, for the long flight to San Antonio and whatever lay ahead.

Yep, almost all of there were present that particular day because of the Tet Offensive, the all-out push by the Viet Cong to topple the Saigon regime that shocked the American public that for months were being told there was light at the end of the tunnel

I actually thought about that long, long day a little while ago in an incongruous setting — the Washington Convention Center as I listened to Steve Coll, dean of the Columbia School of Journalism, talk about Afghanistan, Pakistan, 9/11, al Qaeda, the Taliban, and an even longer war.

Does somebody at a Military Entrance Processing Station say something off his or her cuff that sticks with someone about to take the oath of enlistment?

I’m pretty sure they’re not called “9/11 babies,” though next year they will become eligible to enlist.

For 17 long years, the United States has been engaged in combat in Afghanistan.  It has been a fight  without “having a national debate” as to whether it rages on against the Taliban, whose focus has been on their landlocked patch of the earth, or is it only one sliver of a struggle to put an end, once and for all, to the threat from the global jihadists — Sunni, Shiia.

Or is it something else?

What all but the nuttiest fringe of conspiracy theorists here, there, and everywhere and Deep State dwellers in North America, Europe, Asia, and the furthest reaches of the Pacific agree upon is al Qaeda, the most prominent at the time jihadists,  operating from sanctuaries in Taliban-controlled Afghanistan, killed almost 3,000 men, women and children on a picture perfect late summer day in Manhattan, suburban Washington, D.C., and a field in southwestern Pennsylvania by flying passenger airliners into prominent buildings or die trying to do just that.

Coll, author of Directorate S, The C.I.A’s and America’s Secret Wars in Afghanistan and Pakistan, delivered one of the most powerful and illuminating presentations at the National Book Festival earlier this month as to how we, the United States, got where we are now and how we lurch from idea to idea as to what to do next.

The lip service answer in congressional testimony for uniform and civilian officials in the Pentagon and diplomats and political appointees  in Foggy Bottom has been for years “a whole of government approach” is needed — for Afghanistan [I’m intentionally excluding Iraq, Syria, Libya, et al., to focus on the longest running war now].

But then the only activity that is even half-resourced is the military.

Wonder if that question will come up at a hearing of a House Armed Services subcommittee this Wednesday on DoD’s role in foreign assistance?

The Special Inspector General for Afghanistan’s spring report was particularly damning in this regard of doubling down on the military/security end and looking only for the grandiose, big-ticket civil works project to support — even if it can’t be maintained and was ripe for corruption before Day One..

All the time, never having a national debate during election seasons [with eight of those down since the 9/11 attacks and there’s another head-to-the-polls upon us in a few weeks — hear much discussion by senatorial or congressional candidates about Afghanistan. You can throw all the other places where “advise and assis”t means something much larger, riskier and deadlier that drilling in an armory or mustering in a police station.  Think  Iraq,  Syria [Sept. 7 news reports U.S. intends to stay put there until Iran leaves, an event that is unlikely to occur in our children’s lifetimes], and oh yes, Niger — where a mission “creeped”], to mention only three.

So we keep sending men and women back again to wherever with changing definitions of why the rotations continue or what the United States is trying to accomplish.  “Harm’s Way” has become a “super highway,” to borrow a digital term from an earlier era, of global personnel moves.

The question that still needs an answer is “why” as the anniversary of the terrorist attacks on the United States is upon us; but now, as in the past, taking only Vietnam into account in the rear-view mirror, [see Max Boot’s, The Road Not Taken, Edward Lansdale and the American Tragedy in Vietnam, Neil Sheehan’s, Bright Shining Lie, John Paul Vann and America in Vietnam, Lewis “Bob” Sorley’s, A Better War: The Unexamined Victories and Final Tragedy of America’s Last Years in Vietnam; or Mark Bowden’s, Hue 1968: A Turning Point in the American War in Vietnam], it’s not really asked.

The American public writ large and their elected federal officials writ small haven’t pressed for an answer at the polls or during almost all hearings — certainly after “the surges” in Afghanistan or Iraq — on why.  With the exception of families of the National Guard and the services’ reserves these military commitments aren’t really noticed across the broad sweep of the country or by many individuals.

Ask yourself, where are the largest Army bases for its active force?  The Air Force?  The Marine Corps?  The Navy, sort of gets a pass — at least for its ships. These installations are not, for the most part, close to where most Americans live.

In the Vietnam era — date its beginning from whenever you like, fall of the French fortifications at Dien Bien Phu in 1954 or, for “pay purposes” from Feb. 28, 1961 , the pain of war was being felt.  This was particularly true after the Tet Offensive in early 1968, with the draft still in place and college deferments harder and harder to cling to and Project 100,000 launched to fill the ranks with young men who couldn’t meet enlistment standards — including basic literacy, plus an added inducement for volunteering, the Marine Corps drafting.

If the pain was not felt equally across geography and class then; it certainly was felt more than now, including the pocketbook.  [Any push in Congress for a war surtax? No. Or even a new Authorization for the Use of Military Force resolution to replace the post 9/11 hunt-down-al-Qaeda vote?  Not really.]

The reality is with an all-volunteer armed force the pain — separation,  the mental and physical aftermath, death — is not equally shared , so it is easier in the policy discussions in the executive branch — not solely the Pentagon — to “send them back” again and again to wherever to accomplish the next “great idea,” whatever that is.

Coll, [the best way to look at Directorate S. is as the third-volume in his reporting on the War on Terror, as it was called in the early months of the George W. Bush administration], said at the Book Festival it comes down to the damning truth is: “We keep repeating that strategy” of military before — an usually over political.

Remember Vice President Dick Cheney’s and Defense Secretary Donald Rumsfeld’s constant harking back — yep to Homer — about the dangers and cowardice of “cut and run.” I guess the idea was, reduced to the basic Greek story is: Maybe we’ll find the Trojan Horse, grab Helen,  return her to Menelaus, and we’ll all go home.

As it is, we’re pushing Odysseus 20-year mark in Afghanistan and we haven’t found Helen. And remember Homer insists Odysseus was trying to get home.

But Congress did find time to waive the requirement that a decade pass from a conflict [we rarely use the word “war” any longer] ending to start the 24-step process to raise funds to erect a memorial to those who served in the “Global War on Terror.”

Their numbers topped 2 million for Afghanistan and Iraq five years ago and are still rising.

I am certainly not saying they didn’t try to carry out the mission they were given or those that likely will follow won’t either; but I was dumbstruck that we will memorialize something that isn’t over and there is no light at the end of this tunnel that we don’t even define with an understood objective.

Have we created a “soldierly class,” drawing from the same wellsprings for generations? And the “why” needs no longer to be asked.

Increasingly, to the dismay if not alarm, the services’ personnel chiefs see the military — in its current version of volunteer force [and it has changed markedly over the years] — becoming  more and more a “family business” that self-limits by drawing from the same sources the skills and experience enlisting or receiving commissions.

And let’s not go into the very sad and depressing fact that less than one-third of the prime recruiting target audience [ages 18 to 25] could meet minimal requirements for enlistment when looking at the whole American society. [Hint: obesity tops that chart why they don’t meet accepted standards.]

Add to all that, as a country, we have pretty much jettisoned the very idea of “national service” — not just in the military, but across the board — for “me, me, me.”  Even though there was a draft in World War I, can anyone remember a headline like this covering events involving Americans over the last 17 years: “Millionaire Stockbroker Leads Doughboys  [substitute Soldiers, Marines, Airmen, Sailors, Coast Guardsmen] into Combat, 1918 [any year after 2001]”?

Like so many others, Coll said in answer to an audience question that he was “struck at how segregated” the military has become from the civilian population [with only between 1 and 2 percent of the overall population  in any component of the armed forces].

While not recommending a return to the draft [and as a “draft-induced volunteer,” the Air Force’s wonderful phrase to describe my time in uniform], he said, “I think national public service is good” and the whole citizenry should be expected “to make these kinds of sacrifices” for something larger than their own ego or greed [my words at the end, not Coll’s or Sebastian Jungers’, C.J. Chivers’, Tom Ricks’, Sean Naylor’s, Kelly Kennedy’s, Gayle Tzemach Lemmon’s, and dozens of others who have written important works on these wars].

A half century ago this week, I signed into the “transient airmen’s quarters” [World War II wooden, open bay  barracks and began “in-processing.”

A1C Michael Raskop, a Tet War baby himself, looked at my orders and said, “where you from, home boy?”

First time, I ever heard the term.

And on 9/11/2001, I was finishing an angry letter to my credit card company for screwing up my payment when I heard about  the first plane hitting the Twin Towers.  Through the afternoon, though our offices closed, I watched hundreds, maybe thousands of people walking up Wilson Avenue — most in the roadway — in Arlington, Va., a little more than two miles from the Pentagon.