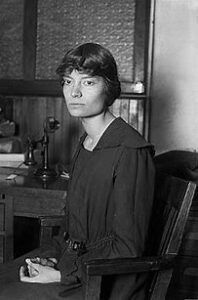 The very same prince of the church, his eminence Timothy Dolan, who blessed the Republican National Convention in 2020 with these words,

was speaking from the pulpit a month ago on the possible canonization of Dorothy Day, the leader of the Catholic Worker movement, as a candidate for sainthood in the “One Holy, Catholic, and Apostolic Church.”

As far as I know, his eminence was not inside the Capitol Jan. 6, 2021, nor even outside on a “normal tourist visit,” so praying “for democracy” can be considered good – even in many Republican circles during and after the convention.

[Bless you Rep. Andrew Clyde, R-Ga., for that observation of who was around and inside your place of work Jan. 6; and I do hope that the cardinal-archbishop offered a prayer for “democracy” on Jan. 7, 2021 and daily from thereon.]

Among Dolan’s accurate descriptions of Day in the sermon was acknowledging that she led “far from a sinless life” and her love of Catholic rituals.

Was Dorothy Day Too Left-Wing to Be a Catholic Saint? – The New York Times (nytimes.com)

To say, that Dolan and much – if not the overwhelming majority of pastors on up to cardinals in the American branch of the Nicene Creed’s church would be choking over their orange juice every morning when learning of her antics – pacifist, suffragist, socialist and on and on and on, would be an understatement.

Their predecessors barely had room for one of their own – Archbishop Bernard Shiel in Chicago [no, not the Catholic televangelist Fulton and Shield, but Shiel].  If they mention him at all or have even heard of him, the clergy may say, “Catholic Youth Organization” and move on from there.

What they ignore is Shiel’s aligning himself with that Jewish agnostic Saul Alinsky in “organizing” the Back of the Yards Council in 16 ethnically separated [usually] parishes to get their fair share of city services and goods.

How convenient to have put that episode in the “dust bin of history” for themselves and the laity who are as comfortable in the pew as they are on the golf course. [The “my family pulled itself up by the bootstraps” crowd that includes the later migrants from “Back of the Yards” to the Chicago burbs.]

The apoplexy that Republicans suffered through when Barack Obama was nominated and then won the presidency over his ties as an organizer for “communist” Alinsky was enough to fill every ICU bed in “Red States” [as in versus Blue States, not “communist” or lapdog “socialist” states like Cuba and Venezuela].

What is the connection between Obama and Saul Alinsky? | Fox News

Day and Alinsky spent their lives assaulting the barriers surrounding “The Other America,” Michael Harrington’s landmark book that influenced JFK but became LBJ’s bible for the “war on poverty.”  Of course, Harrington had signed on to the Catholic Worker movement for its politics and hard-drinking and partying in off-hours and largely out of Day’s sight.

Saint Dorothy Day, you gotta be kidding me.