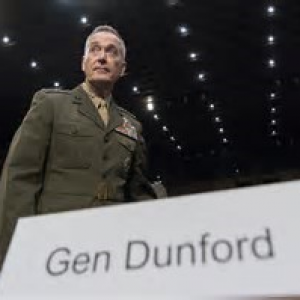 At the Senate Armed Services Committee hearing on reconfirming Marine Gen. Joseph Dunford as chairman of the Joint Chiefs of Staff, Sen. John McCain  detailed the tension that has strained civilian-military relations especially since the Obama administration’s micromanaging of military operations particularly by civilians on the National Security Council to the Trump administration’s over-correction “when so many civilian leaders at the Department of Defense are either missing or are themselves recently retired military officers.”

His opening statement on Sept. 26, though lasting a little longer than others he has made in the past, should be required reading every military officer — beginning at the service academy, reserve officer training or officer candidate school;  every political appointee in the Department of Defense from secretary down to principal deputy assistant [the ones that carry out policy and truly shape it by their actions]; and senator and representative, their chiefs of staff and all staff members on the oversight and appropriations committees.

In this fraught political time when a president  demands total loyalty to himself [the Interior secretary, a former SEAL and congressman, reiterated that point the same week as the hearing on loyalty to the administration above all], McCain’s restating of the constitutional balance of powers is important.

“At present, this Committee, and the Congress more broadly, is not receiving the information and the respect it deserves as a co-equal branch of government.  We do not work for the President or the executive branch.  We have distinct and equal responsibilities under the Constitution, and the administration needs to understand its obligations to the Congress in this regard.”

McCain stressed, “We need to restore balance in civil-military relations — where best military advice is always rendered and received, but is done so as part of a dialogue with civilians who participate actively and have the last word on policy, strategy, operations, and plans.”

Being upfront, I have known John McCain professionally and personally [a naval service connection through my first wife] for years. His remarks on the floor of the Senate when he returned following his diagnosis of brain cancer should be waypoints for that body in the future, but almost certainly will not.