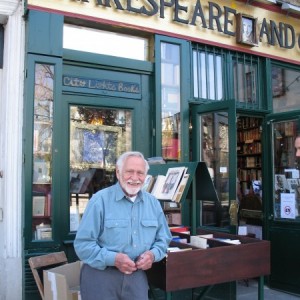 I had been thinking about Joe Terrell, a longtime friend from my Daily Press days, after stopping by the library Thursday noontime having spent about an hour waiting for a tire to be replaced and the wheels balanced with nothing to read.  It was the second time in two days that I sat twiddling my thumbs — that hour and a half was in an opthalmologist’s office waiting to be seen and fearing the worst. The fears  came to nothing. In the library, I picked up Margaret Maron’s latest “Long Upon the Land.”  Joe, a mystery writer himself — nine, going on 10 books — also set in North Carolina, had introduced me to her Deborah Knott series years ago. One of the other books I picked up was David McCullough’s “The Wright Brothers,” in which of course the Carolina Outer Banks play a role. As I was driving home, I remembered a couple of whimsical pieces he did for the paper on the “Man Will Never Fly Memorial Society,” made up of members who are largely military and/or civilian pilots themselves.  The group is the polar opposite of the “First Flight Society.” The “Never Flyers'” motto is “Birds Fly, Men Drink,” and they do at their gathering each year on December 16.  That is the eve of anniversary of the Wright Brothers first successful powered flight at Nags Head. After both of us arrived in Washington, we had quite a few “literary luncheons,” in Joe’s words.  At the irregularly scheduled “meetings” in different places in the District and Fairfax, we’d catch up on gossip, family news and where we stood with books we were working on. Joe, born and educated in North Carolina, moved to the Outer Banks years ago.  His second favorite place is Paris, a city Lillian and I finally visited this April, a few months after the attacks on the satirical magazine Charlie Hebdo. At Charles De Gaulle airport, the area in and around Notre Dame and the Louvre, the military presence — not police with vests, helmets, etc. — was noticeable, walking patrols in squads of four.  For example, I counted four patrols in a three-quarter walk around the exterior of Notre Dame. Like probably everyone else, except the terrorists who carried out the attacks, I was stunned by the horror that unfolded in Paris. The frustrations and the nostalgic reveries of the previous two days fell away. It felt like 9/11.