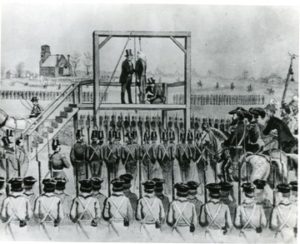 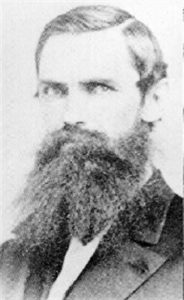 David Hunter Strother was one of the nation’s premier writers and illustrators before the Civil War. Although he was born and eventually was buried in the Shenandoah Valley, Strother, whose work appeared under the pseudonym “Porte Crayon,” most often in Harper’s, he remained loyal to the Union and eventually was promoted to lieutenant colonel. Much of his military service was spent in the Valley, including the burnings of prominent Confederates’ homes. These were men and women whom he had known all his life and in some cases was related to.

Strother’s work now is best remembered for his illustrations surrounding John Brown’s raid on Harper’s Ferry, his capture, his trial, and his execution. Strother was not an eye-witness to the raid or the capture, but his magazine account made it appear that way.

Strother’s diary comments on HIS war could easily be applied to soldiers today.

“The inhabitants believed that the army was a horde of Cossacks and vandals, whose mission was to subjugate the land to burn, pillage, and destroy … [who are perceived as] monsters. The soldiery, on the other hand, thought they were entering a country so embittered and infuriated that every man they met was a concealed enemy and an assassin and every woman s spitfire.”

He naively believed then:

“Mutual acquaintance and interchange of courtesies will soothe and even obliterate these prejudices. …The land will be tranquilized.”

The Shenandoah Valley was hotly contested from the beginning of the war until its end.