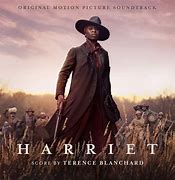 I admit we were way late to this wonderful film on Harriett Tubman.
But when we saw it last night, I was overwhelmed by the heart-stopping scene of her leading one group of fugitive slaves after another after another into freedom at the Philadelphia offices of the the Anti-Slavery Society.
Nina Simone’s relentless 1962 classic “Sinnerman” was the score.
https://www.bing.com/videos/search?q=nina+simone+and+sinnerman&&view=detail&mid=BFA31FA7347697F642E6BF
I found myself singing along, “Sinnerman, where will you run to? and pausing with her “Power!!!” with a chorus adding “Power to the Lord.”
Director Kasi Lemmons explains why this choice for “Harriett.”
“In some ways I started with ‘Sinnerman.’ I kept pitching [my son] this story—he was like a sounding board—and one day he said, listen to Nina Simone’s ‘Sinnerman.’ Of course, I’d heard it, but it was like listening to it for the first time. I started listening to it when I was writing, and I became so attached to it. It’s the movement of it and the crescendo of it and the soulfulness of it. I played it for Terence [Blanchard]. I played it for Warren [Alan Young], the production designer. I played it for [costume designer] Paul Tazewell, for producers, everybody that came on who I wanted to understand the film, I played them ‘Sinnerman.’ This is the way I wanted it to feel. I wanted it to be like a heart racing.”
freedomHarriettLemmonsSimoneSinnermanslaves
Share This
RECENT POST
CONTACT
703-250-4869
john@johngradynowandthen.com
If your organization is interested in having John speak at your event, please call: 703-250-4869 or email john@johngradynowandthen.com
CONTACT JOHN
© Copyright 2018 | John Grady | All Rights Reserved | Site by d2dcreative.com
Back To Top
×