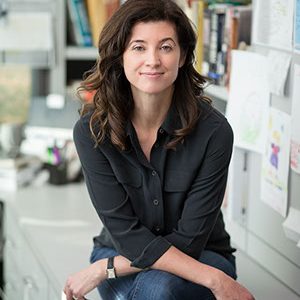 “Writing about someone I know is living seems absolutely terrifying to me,” the recipient of the 2017 Bio award said at the Biographer’s International Organization conference’s luncheon Saturday, May 20, in Boston.

Candice Millard said to write biography is climbing inside another’s mind.  “Know your subject better than yourself,” and that takes years of research and study.

As to why biographers do it, the form “is a prism … [where the writer] sees something of yourself in them” by finding “some understandable human connection that overcomes time and distance.” The connection includes shared emotions, triumphs, defeats, self-doubts.

In the case of Winston Churchill, her latest slice of life biography. Millard said, “My life has been very different than his.”  Not only was he male and British, he came from an elite Victorian family. She came from a blue-collar American background.

In this “slice of life” work, her Churchill is a young man with red hair, lunging at life.  At age 24, he had been in three wars, written three books, run for Parliament but been defeated.  In the Boer War in South Africa, he saw “a chance to fame and political power.”

Although he was a journalist at the time, he rallied British troops in an attack on a train covered with “hillbilly armor” using the terms  Tennessee National Guardsmen sent to Iraq described what they did to shield themselves in  unprotected Humvees. His heroics  allowed many of them to escape, but he was captured.  Churchill with others plotted their escaped from the camp. He made it but the others didn’t. “Brave and courageous … and also scared” in the camp and now alone in enemy territory, he did something that “would have surprised people who knew him” when he finally made it over the barbed wire fence into the veld with little food and hundreds of miles to cover to freedom. ” He prayed.”

Millard said, “At the end of the day, we want to get home safely,” so did Churchill.

Likewise in her portrayal of Theodore Roosevelt, now out of the presidency, and his son Kermit in a failing Amazon expedition “with one disaster after another.”  It was a time when all were starving and the men were in rags.  Roosevelt himself was in rapidly failing health. Millard said, he “always brought one thing with him …  [a determination his] illness and weakness would never take another man’s life.” Roosevelt was contemplating suicide.

“He lived because [his son] Kermit was with him.  Kermit was determined to keep going.”

Millard described her own experiences following a difficult pregnancy and caesarian birth, followed by long treatment of her child.

“I finally understood” the older Roosevelt’s determination to push through in this moment of crisis. “It was about saving his son.”

The value of biography is “reminding us we’re never alone,” Millard said.