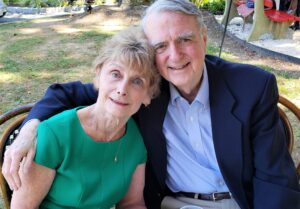 Longest Trip of Plague Year 1, Common Era; Or How We Escaped Landing on “Mars” by the Bay

I kept it a secret that for our tenth wedding anniversary in 2020 I was planning on us spending it in Hawaii.  When I put the proposition out to Lillian to take either on an extended Danube river cruise or spend a week in Hawaii in 2021, she, after wrestling with the choices, came down for the islands. My rationale for holding off a year were the expected travel expenses we normally occur and work that should be done around the house.

But as soon as I realized that there was a conflict in dates to two conferences I usually participate in and we extend into mini-vacations, there was the opening for Hawaii and a surprise. Shortly after the new year began and checking the calendar, I made reservations at a hotel on Oahu for a week, arriving September 9.

This was going to beat out last year’s orchestra seats for “Hamilton” on the holiest of holy days of the year, September 15, the anniversary date.

The way I “trip-ticked” the odyssey was fly to Los Angeles, spend the night close to the airport, and then onto Honolulu.  The way back through San Francisco and three or four days in the Bay Area [and since this would be the tenth anniversary, I began pricing in “the city” with the Mark Hopkins and Sir Francis Drake, figuring we and Nob Hill would be a match. She had never been there, nor anywhere in Northern California. I held off making reservations in and around San Francisco and near LAX.] I had flight information and prices from Oakland and SFO [had no plans to go to San Jose, although I know the way].

I had written down airline prices and times to all the destinations, but not made any reservations, planning to do that around Memorial Day and stored all on the ChromeBook’s hard drive with copy on thumb drive.

And then along came the dawning of Plague Year 1, Common Era. [The exact date is in dispute, so for convenience sake “scholars,” i.e. me, relying on wild guesses pin the dawning on the “lockdown date” as March 24, when Virginia Governor Ralph Northam shuttered “life as we knew it.” After all it is “all about me” and I need a firm date.]

Bye-bye, Williamsburg, Pensacola trips.  So long children and grandchildren up close and personal. Nice to know you restaurants.  No in-person movies [activated Prime, struggling with Passport — yes, we contribute to WETA and MPT, but added Netflix and Disney Plus]. Music at the Barns?, you kiddin’ me. Lectures, my speaking? Go to the gym, when you got a subdivision filled with cul de-sacs? Why isn’t there Lysol in grocery stores or Target? Look at all the money you’re saving by not going anywhere, filling a gas tank quarterly. Grocery store visits weekly or every ten days; what more do you need in terms of human contact?

As the saying goes in Plague Year 1, “the world is temporarily closed.”

What I saw on the front pages of the Post and the New York Times and on the television news shows we watch the day we were supposed to leave was “First Man on Mars” eerie, the Golden Gate Bridge and the Marin headlands in orange.

It was on that day we agreed that for an “important anniversary” we would venture from the far reaches of Fairfax to the marches of Great Falls.  That twenty-mile trip, one-way — over winding, hilly roads with McMansions, starter castles, for-real estates, single-car bridges, etc., would be the longest we’ve taken since mid-March.

We would have a Sunday brunch at L’Auberge, one of our favorite restaurants. The idea was to dine al fresco.  I was crossing my fingers the weather held; I did not want to test the brassiere’s ventilation system to see how many Michelin stars it might rate.

As noted before, we have Saturday evening on the deck conversations, but staying away from politics — mostly, and talking about things we’re interested in besides family and plague.

So I asked, Lillian thoughts about these years — married for a decade, known each other for thirty-four.

I said I would change one thing — get married sooner.

As for the actual date night, since we have Disney Plus, an encore of Lin-Manuel’s wonderful “Hamilton” is in order for this evening.