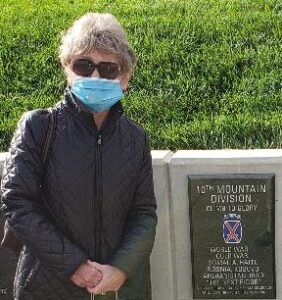 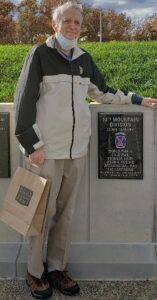 Lillian and I were fortunate Saturday to tour the museum, which took years to build — with hurdles as high as mountains sometimes before it was completed. We are standing by a plaque to the 10th Mountain Division, headquartered at Fort Drum in upstate New York. Syracuse, where she was born and raised is the closest large city to the only active-duty Army installation in the Northeast. In my time at AUSA, the was the active-duty division I spent the most time with. It was and may still be the most deployed Army division since Hurricane Andrew in the 1990s and the wars in Afghanistan and Iraq. Having been born and raised in Chicago, I add this picture of the raised plaque to Medal of Honor recipient Milton Olive III, who smothered a grenade with his body in combat in Vietnam in 1965. He was born in Chicago, but was raised in Mississippi. A park on the near northside lakefront is named in his honor. Escorting us as members of the DC Civil War Roundtable was retired Lt. Gen. Roger Schultz, president of the Army Historical Foundation.
10th MountainArmyMedal of HonormuseumOlive