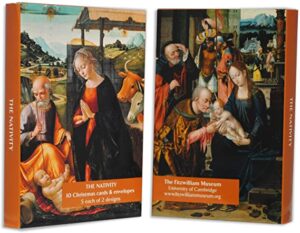 For the first time in more than a decade, there was no letter in Christmas/Seasons Greetings card.
[Most of the cards were from the Nelson Line Museum collection, as above]
The reasons were simple and as complex as the continuing plague.
Lillian was on call for federal jury duty, but eventually not called from early to mid-December.  She has done the yeoman’s work of organizing.  I do the detailing for the cards I send out.
And then there was … COVID-19.
So here’s the “News of the World;” at least four plus miles from the Washington Beltway.
We’re boostered through Pfizer.
Made two trips outside of the Washington Metro Area in the past year  — Hampton Roads, primarily on business at top of the list and the other to Harrisburg to meet up with two of my former Penn State students, all pleasure.
Put a new roof on the house; the range of bids went from $15k to 26K.  Upon your request, we will gladly provide actual spending to include a new fan, time spent on project, names of the companies contacted, and our satisfaction.
And that’s about it from the far reaches of Fairfax in 2020.
cardsChrsitmasHampton RoadsHarrisburgletterNelson Lineplagueroof