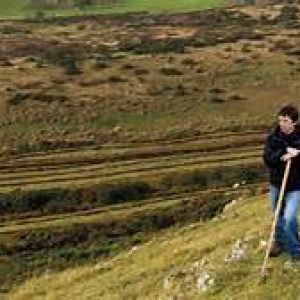 Rory Stewart’s The Places in Between, his personal account of his long trek across Afghanistan in 2002 in winter, made me a fan.  What a remarkable book! I thought then and still believe now. Having read more exploration and travel adventure books by 18th and 19th century authors [a disproportionate number of them authors from Great Britain] than I care to remember for research on other projects, I don’t usually read that kind of book for pleasure.

I may have rationalized buying it on grounds that it was work-related since I was working for the Association of the United States Army then.  I know I did that in reading his Prince of Marshes: And Other Occupational Hazards of a Year in Iraq as a British diplomat. His father, Brian, spent years in the dying days of the empire following World War II as a British diplomat about the Pacific Rim, often countering Communist insurgencies. His father, an officer in the Tyneside Scottish Battalion of the Black Watch, landed in Normandy on D-Day.  After his time as a diplomat, he was also a spy, a businessman, an intellect obsessed with local histories — including his own presumed Scots heritage, cultures and languages.

Stewart’s latest, The Marches, A Borderland Journey Between England and Scotland, is of those earlier works.  This time, following Hadrian’s Wall to discover the differences between the two peoples [several years before the vote on whether to stay or leave the United Kingdom], spend time with his father, etc.  By the time of this journey, Rory Stewart, who also served in Black Watch, was a Conservative Party Member of Parliament, whose constituency straddled the border.

As he wrote for Marches, “I’ve never been good at explaining why I go on long walks.  The truth, I think, is I believe walks are miracles — which can let me learn like nothing else, about a nation, or myself — helping me solve disappointments, personal and political.”

This journey is another one well worth taking with Stewart.