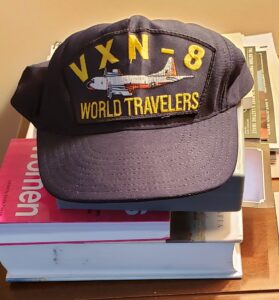 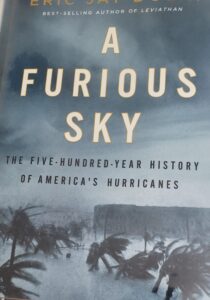 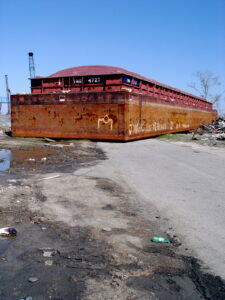 From the four choices above, you name the hurricane that fits these sentences. Then you choose whether the sentence came from Eric Jay Dolin’s latest work or from Nick Miroff’s account in the Washington Post on Aug. 27.

Question 1. “(Name here) zeroed in on Cameron Parish, Louisiana, near the mouth of the Sabine River, where Texas and Louisiana meet. …A scene of utter destruction greeted them: homes obliterated, mighty trees washed away, and water receding toward the Gulf, covering the land in every direction.”

Question  2.”(Name here) slammed southern Louisiana … as a Category 4 storm, one of the most powerful to strike the Gulf Coast in decades. The storm made landfall at 1 a.m. near Cameron, Louisiana, about thirty-five miles east of the Texas border. … Roofs were peeled off, buildings were destroyed, and lampposts were tossed into the streets. An industrial plant that makes chlorine-based products nearby was on fire, sending caustic smoke throughout the area and leading to a shelter-in-place order.”

On Saturday night, after Laura passed us during the afternoon with a steady rain [but not the pyrotechnics of Friday night’s and Saturday morning’s late summer thunderstorm], Lillian and I finished off the  last of the wine in the  lingering humidity and the fast-approaching darkness.

So, of course, one topic for the Saturday pandemic outdoors evening before the mosquitoes and flies won out and causing dinner to be served inside were hurricanes we remembered.

Isabel in 2003, which knocked out water for days to us and power for about a day, trees down along the length of the George Washington Parkway for openers;

Agnes in 1972 for the flooding it caused, particularly in western Pennsylvania  [Pittsburgh’s Golden Triangle where I was supposed to be for a final face-to-face job interview at the Hilton was underwater; got the position anyway at a meeting in the airport, which was miles away from the confluence and  on much higher ground];

David in 1979 for the decision to take our months-old daughter from our farm in Gloucester where when the power goes there’s no water to Newport News into a neighborhood that was hit by tornadoes as the storm ran down the James River; house undamaged, water on but power out for several days, daughter was fine.

All of the above for us were “First World” problems.

Six months after, I spent a week with the brigade of the Louisiana Army National Guard that was returning from a year in Iraq as the hurricane struck. They remained on active duty, first helping with rescue, etc., but then patrolling streets with New Orleans police and parish sheriff’s offices, and on and on and on. They were still marking structures in the Lower Ninth Ward in the city and parts of Jefferson Parish to see if anyone was inside and whether they were dead or alive. These were re-checks of re-checks because so many people had no place to go other than what was at least standing.

But one of the things I remember most about Katrina was how often I heard from people I knew — who had been to New Orleans — right after the levees were breached and undermined those first days and well after I came back months later:

“I didn’t know there were so many black people in New Orleans.”

I thought but didn’t say, “did you open your eyes?”

And I began wondering if they ever opened their eyes when they went into the District or did they even venture across the Potomac.

I have only been back to New Orleans twice since that reporting trip in early 2001, and it is a different city from the one Lillian and I last visited a couple of years before Katrina.

Oh year, it’s “whiter,” and so is Washington.  “Gentrification” in terms of the District, some of that in New Orleans but there are other reasons.

Before Katrina the city’s population was 67 percent black, now 59 percent. Nikesha Elise Williams lays out the 15-year-old ragedy and diaspora in “The racism of the Katrina recovery” [Washington Post, Outlook Aug. 30, 2020]. The Lower Ninth Ward, the other side of the Industrial Canal, largely hasn’t been rebuilt. On the two days I spent in that part of New Orleans, the guardsmen always parked their humvees by the grounded barge well away from the canal’s levee because it was a landmark, visible at a distance.

But a few miles away on the same side of the canal, their former headquarters at Jackson Barracks, built in 1834, was a wreck; those who were there had to be rescued by National Guard boats and helicopters. The flooding happened that quickly — hours after the storm had moved well inland.

I am just under six-feet; the watermarks on most of the buildings were at least twice that high.

My time with those guardsmen was a far different experience that flying with the Navy’s only oceanographic squadron — since inactivated — to monitor a tropical storm in the Bermuda Triangle.

Reduced to the simplest equation, the barracks has been restored with plenty of federal money; the surrounding neighborhood has not and federal money [in all forms] remains scarce, as Williams spells out.

Racism is a recurrent theme in Dolin’s “A Furious Sky” in terms of loss of life, short-changed recovery, and also labeling African-American men as out-of-control rampaging “ghouls” in the wake of the storms.

As Dolin quotes from contemporary news stories, the black men are “‘ghouls’ roaming alone or in gangs and stripping corpses of their valuables” in numerous news stories that surrounded the Galveston Hurricane of 1900.

An estimated 5,000 people died on the island, so the image is powerful, preying on white survivors’ fears of gangs cutting off fingers and ears for rings and jewelry.

Wild rumors were put down in print of “private citizens, [who] had ‘endeavored to prevent the robbing of the dead, and on several occasions killed the offenders.'”Private citizens in these accounts killed up to 75 looters.

Called “Isaac’s Storm,” also the title of Erik Larson’s gripping account from 2000 of that killer hurricane, there is no doubt there was looting — theft and survival.  But as a local newspaper editor said then, “Diligent inquiry fails to discover conclusive proof of one-tenth that number” brought to vigilante justice. Whether a large number corpses were mutilated for valuables is equally doubtful.

But what was true that “under the beating sun, and with temperatures still sweltering, the dead quickly putrefied. …Traditional burial alone was not an option for such a large quantity of cadavers, so the living of Galveston decided to sink or burn the dead.  Black men were forced at gunpoint by soldiers to load corpses onto boats that took them miles offshore and pitched them over the side.”

Does the beating sun and sweltering heat conjure up images of the Morial Convention Center or the Superdome after Katrina and desperate, desperate  people.

And we were just reminded again of desperate, desperate people in Cameron Parish as Laura made landfall there.

OK, the answers are:

For Question 1, the answers are Audrey and Dolin; for Question 2, Laura and Miroff.

Same place hit by a major hurricane separated by 63 years.  That section of the Gulf Coast, really in the “oil patch,” has been struck more than those two times, but the similarities of where the storm made landfall was uncanny.  Audrey killed more than 400 as it passed inland; there were no warnings from storm-tracking satellites or doppler radar then. Laura’s numbers killed will be lower.