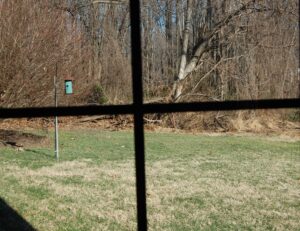 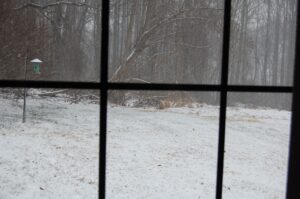 Although the day [Jan. 26] across the entire reaches of Fairfax was sunny and cold, a bow to the copy editor who came up with this great headline on Page 1, above the fold [barely] in the Washington Post.
So ignore the sunny view in this posting and go for the “murky” snow pic.
And the winning headline:
“Murky mogul keeps deplatformed Bannon air.”
I loved the alliteration and the newly created word “deplatformed”
Huzzah!
And not to be outdone, there is this paragraph from Barry Svrgula’s column in that day’s sports on voting “Big Papi” into Cooperstown and keeping Barry Bonds and Roger Clemens in Baseball Purgatory.
“It’s worth noting, too, that the only member elected by the BBWAA this year — Boston Red Sox designated hitter David Ortiz — was reported by the New York Times to have been among a group of players who tested positive for a banned substance in 2003, before MLB had instituted its full drug-testing program. Several people, among them Commissioner Rob Manfred, have downplayed results of that test, saying in 2016 it could have been a false positive. Talk about MURKINESS.”
“Murkiness,” thank heaven — found in the alpha and omega of a printed newspaper.
[Oh yes, I capitalized it for emphasis on moral ambiguity in the 21st century]
BondsClemensdeplatformedmogul PapimurkinessmurkyPost