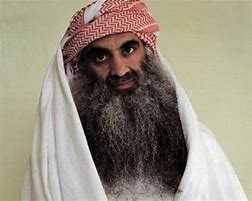 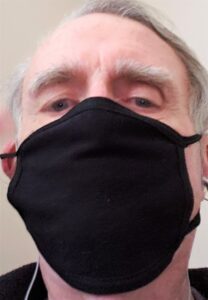 You just can’t make this stuff up. And it just keeps on happenin’. Every executive agency in the federal government needs an “intelligence & analysis directorate” because as we all know or “as many people say,” they are the essence of the Deep State.

The guys with the “black helicopters,” full battle-rattle, no names on the cammies, and smiles when they plead “hey DoD go any spare APCs [armored personnel carriers — to the uninitiated], MRAPS [not a sandwich, but a mine resistant/ambush protected] veee-hickles” have just such a directorate.

And the “directorate” biz was “open source” — meaning newspapers, mags, tv, radio, podcasts, and social media [and baby, that’s a cesspool where the Rolling Stones’ “can’t always get what you want” does not apply because someone somewhere will put something there you want].

But the directorate had an eager-beaver boss when it came to a “case in point” — Portland.  If he and his “nerd army” couldn’t be on the streets “defending” federal property; then by golly, they could “roundup the dirt” on Antifa. [Don’t think stupid, eager-beaver bosses like that only exist in this “acting” administration. Never forget the genius running the Cincy IRS office in the Obama admin who targeted right-wing not-for-profits for scrutiny].

In this era of “Great Power competition, journos, however, are “The Adversary” in polite scenarios, lumped with the notorious Antifa.

Easily translated into “the Enemy” for the “Dominate the Streets … Dominate the Battlespace” gang.

When I was in the war biz — paleolithic era, “Fred and Barney’s time” not the ‘Jetsons,’ the  “Know Your Enemy Campaign” in our little “nerd” section [50  enlisted, four officers — intel gatherers — non “open source,” historians, public affairs, intel analysts] of a squadron at Big, Beautiful Beale AFB were weekly sessions, not kidding about this, on Mao — Little Red Book, Ho — Selected Writings, Fall [Bernard, a French guy, but we’re Americans, so we’re open] — Hell in a  Very Small Place [didn’t say ‘I ‘ready read it’].

Moving right along during “the best of times, worst of times” in the 21st century’s “Tale of Two Cities” — Portland and Washington, D.C., not Paris and London as in the original.

Not 48 hours after the cross-your-fingers “acting” DHS boss’ apology for “dirt gathering” and Baseball Cards of “bad actors,”  Mark Esper over at the Pentagon beat his breast in mea-culping [no, not for the St. John’s fiasco with the original battle cry of “Dominate the Battlespace” in the re-taking of Lafayette Square, he already did that] but for a “senior leaders'” media guidance handbook.

Yessiree, Donald John, the “flags” or “my generals,” your designation,  were “guided” to be wary [left unprinted but well known because they are the “enemy of the people”] of “the media,” consider them adversaries and a “threat.”

Taught journalism, practiced it for decades, retired, joined Society of Professional Journalists [aka SDX} as an undergrad and still paying dues, contribute annually to the Committee to Protect Journalists, dues-paying member and former on the board of Military Reporters and Editors.

So definitely an “enemy of the people” on a host of levels.

But  how did I become a “threat?” Certainly to the “acting” secretary’s Transportation Security Administration I have become one.

As far as I know, I don’t rate a bad guy’s “Baseball Card” with TSA in its “Know Your Terrorist” campaign; and I have my “pre-approved” to stay clear of the plebians and scurry to my flight number plus my new Virginia driver’s license for easy boarding

Three of my last four DOMESTIC flights — 2018, 2019, pandemic scrubbed 2020, I have been told to pass through the detector and go to a side wall — twice at Reagan/National and once at Dulles.  NO, not for a wanding.  I didn’t set off any audible alarm, but to talk with two other agents  about where am I going, why, etc. One of those times, I had a one-way ticket to Cleveland; but was going to fly back from Toronto on another airline. The other two “let’s talk” huddles were on roundtrips — same airline, same leaving from and returning to point.

And in two instances, when I had a ChromeBook with me, another TSA agent took it from the scanning belt and went into an office out of my sight. That agent left keys, cell phone, and whatever else I had in my pockets in the plastic tray. The third time I did not have a laptop, notebook, Surface, et al., so no one could sneak away to peek at what was on the device.

So how do these coincidences translate into “paranoia?”

In the first instance, one agent asked me about Cuba in our sidebar, which I thought strange because this was a domestic flight to Charleston, S.C..  And yes, and yep it was right after 45 decided to way scale back any Gringos going to the island. I said “Guantanamo — for work Labor Day week 2006.”

I did not tell them that was when Khalid Sheikh Mohammed and two others “detained” in connection with the 9/11 attacks were taken there.  Of course, I didn’t know it when I started for Gitmo ages before. Nor did I say I flew to Guantanamo commercially from Fort Lauderdale with a reporter from Washington I knew.  We were with a three-man film crew from a Tampa TV station and two-man crew from ITV [Channel 4, U.K.], on a two-engine, 14-passenger prop. The 530-mile flight took just under four hours.

That comment about work was enough as far as I was concerned,  and one agent escorted me to the office to pick up the ChromeBook.

If they didn’t know, the trip was to the naval base and made years before Obama re-opened the embassy and removed most restrictions on travel, that was their problem.  Of course, 45 shut those “halcyon days” down.

So let’s put this on the table of coincidence versus paranoia.

The ChromeBook was swooped up on the infamous one-way to Cleveland Hopkins leg.  Off to the side, the huddle, etc., taking longer than usual, I had to explain how I was getting to Canada, and why I was going there, asked to see my passport, which I had and it was new — so did not have the “NS Guantanamo Bay, Cuba” stamp in it.

One of the huddling agents handed me back the stuff that had been in my pocket and I went to the boarding area — fuming. There, I realized I didn’t have the ChromeBook, so even angrier I went back to the TSA checkpoint and asked “where’s the office?”

Was pointed in the right direction and went inside where an agent had the ChromeBook opened,  scanning files, but there was nothing there — not even an interesting browsing history. He certainly didn’t have time to run a forensics on it.  As he closed it, he asked me about Cuba.

I took it back, but don’t remember saying anything to the agent about Cuba except “that’s mine” and took the ChromeBook off the desk.  It was nothing but F-bombs to my wife Lillian when I got back to the boarding area.

So if I need a witness to say this stuff all happened, Lillian was there each and every time. She never was subjected to the “special attention,” though “wanded” at least once and her Surface remained untouched by human hands outside of hers every time we passed through “security.”

Paranoia? Or “enemy of the people?”

Intel’s Andy Grove is supposed to have said, “Only the paranoid survive!”